From Free Technology for Teachers Blog

Kids Past has put together an easy-to-read World History “textbook” for kids. Kids Past also offers five history games to which students can apply the knowledge the find in the textbook. The textbook and games correspond to each other.

Applications for Education
The Kids Past World History textbook could be a nice supplement to a classroom textbook or lesson. A teacher could use the games as a review activity for students. With the congruence between the textbook and the games a student could have two browser tabs or windows open and refer back to the textbook when they get stuck on a question. Educational games like those offered on Kids Past can be super opportunities to assess a student’s learning in an informal environment that they enjoy. Educational games are also a method of allowing students to progress at a self-determined pace.

Neok12.com is a website that lists educational videos by subject. All videos can be viewed directly on sites such as Youtube as well, but Neok12 makes it much easier to find them. The videos illustrate a wide array of subjects including math, social studies and science.

In Escape from the Mummy’s Tomb! your elementary students must recover Egyptian artifacts from inside a pyramid. As the title of the game has no doubt alerted you, you’ll have to wrest these artifacts from an undead mummy’s cold, dead, bandaged fingers.

After your students have finished their archaeological adventure, they’ll find themselves in a museum, where they must put the artifacts in their proper display cases. Once that’s done, they must answer questions about the artifact — for example, what is the significance of the model boat in the Mummy’s tomb? (Answer: it’s how they get around, because the Afterlife is apparently flooded). The questions aren’t exactly sphinx-like, but they do make for good review of Egyptian history. 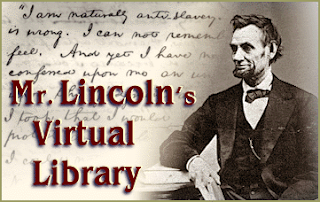 To find more documents about Lincoln, visit the Presidents page on Archives.gov.

Image Detective– I have talked a great deal about the importance of teaching our students visual literacy skills. This is a fantastic site for reading historical images and primary documents with a critical eye.

by anne marie from Talking Smartboards Blog
I came across this site, Museum Box, that I wanted to share. This site is particularly beneficial when encouraging students to debate, reflect, and assess issues and ideas. Basically this site was inspired and modelled after the anti-slavery campaigner, Thomas Clarkson , who carried a box of items around the country to demonstrate his views on why slavery needed to be abolished. Museum box allows you to place items (including images, videos, text files, sound) in a virtual box to support your view. What I like about this tool is the versatility in allowing students to collect, organise and present information in a creative and different way.

“This site provides the tools for you to build up an argument or description of an event, person or historical period by placing items in a virtual box. What items, for example, would you put in a box to describe your life; the life of a Victorian Servant or Roman soldier; or to show that slavery was wrong and unnecessary? “

You have the option of uploading your own images, sounds, etc. or you can use the galleries provided. Just a note that you need to be logged in to use some of these features. There is a teacher section for registration and to set up student accounts. In addition to students using this tool it would also be a creative way for teachers to introduce a lesson. Once a box has been created it presents well on the SMARTBoard. ENJOY! View a video on Museum Box here.

by rbyrnetech@hotmail.com (Mr. Byrne) From the great Blog Free Technology for Teachers 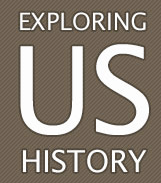 George Mason University has posted online four units of study for US History. Each unit is based on images and primary documents. The units are divided by century pre-18th, 18th, 19th, and 20th. Each unit has a selection of images and or documents that are the focus of a series of inquiry based questions. Each item in each unit offers resources for additional study.

Applications for Education
These units could be used as individual student assignments or as group discussions in high school classrooms.
A related resource that could complement the units of study from George Mason University is the Picturing America series from the National Endowment for the Humanities.

Witness the birth of a nation in bite-sized chunks. Famous Moments in Early American History is a collection of short presentations about…well, famous moments in early American History.
View the beginnings of the American Revolution in “The Shot Heard Around the World.” Or see what all the hubbub was about during Paul Revere’s famous ride in “Paul Revere, Messenger of the Revolution.” Each flash presentation contains several primary source images, including woodcuts, drawings and engravings.

As you read this, I am standing beneath a marble statue of Julius Caesar, participating in an event that means a lot to me: the launch of the Ancient Rome 3D layer in Google Earth. Thanks to Google and the Rome Reborn Project, everyone in the world, from Rome itself to Calcutta, can now travel through time and discover Ancient Rome as it was 1,688 years ago when it was ruled by Emperor Constantine.

The project includes more than 6,700 buildings of Ancient Rome rebuilt in 3D — a true record. This accomplishment demonstrates how technology can be helpful in promoting culture and disseminating knowledge. Ancient Rome 3D is a great opportunity to rediscover the importance of Ancient Roman culture, which is at the base of the Italian, European and, more generally, Western identities. The archaeological heritage and the artistic monuments of the Roman Empire have found their way to many continents, but it is in the capital city (known in Roman times as Caput Mundi, which is Latin for “Capital of the World”) that we can still find most of it. For example, architectural masterpieces like the Colosseum (considered one of the seven wonders of the world) have managed to withstand the tests of time — resisting sacks, invasions and world wars over the centuries and proving, with the immortality of their stones, the grandness of one of the most majestic empires that has ever existed.

What fascinates me most about this project is the accuracy of the details of the three-dimensional models. It’s such a great experience to be able to admire the monuments, streets and buildings of Ancient Rome with a virtual camera that lets you go inside and see all the architectural details. From the Colosseum to the Ludus Magnus, from the Forum Caesar to the Arch of Septimius Severus, from the Rostra to the Basilica Julia, you can get up close to them all. The idea that virtual technologies now let people experience the city that I guide as it appeared in 320 A.D. fills me with pride — a pride that I inherited from Rome’s glorious past.

(To find out more about the new layer, visit http://earth.google.com/rome/, watch the video tour below, or check out the Google Lat Long Blog.)

Update @ 6:50 PM: The layer is now live in Google Earth, in the Gallery folder of the Layers panel. When you zoom in on Rome, you will see yellow Ancient Rome 3D icons. To load the terrain and buildings, click on any icon and then click the links at the bottom of the bubble.

A Tremendous Unit on Slavery from PBS
This site has podcasts (short ones), diary entries, great (sad!) stories, historical overview, a year in the life and more. The topics covered include religion, the family, slave life, education, freedom and more.